The WCWIC was held at the Protea club on the 19th of August. A good turnout with a large variety of styles attended the event.
Our two IFAA World Champions – Phillip de Lange and Estelle Jacobs joined us at their first local IFAA Indoor event after their successful World Indoor Championships earlier this year. 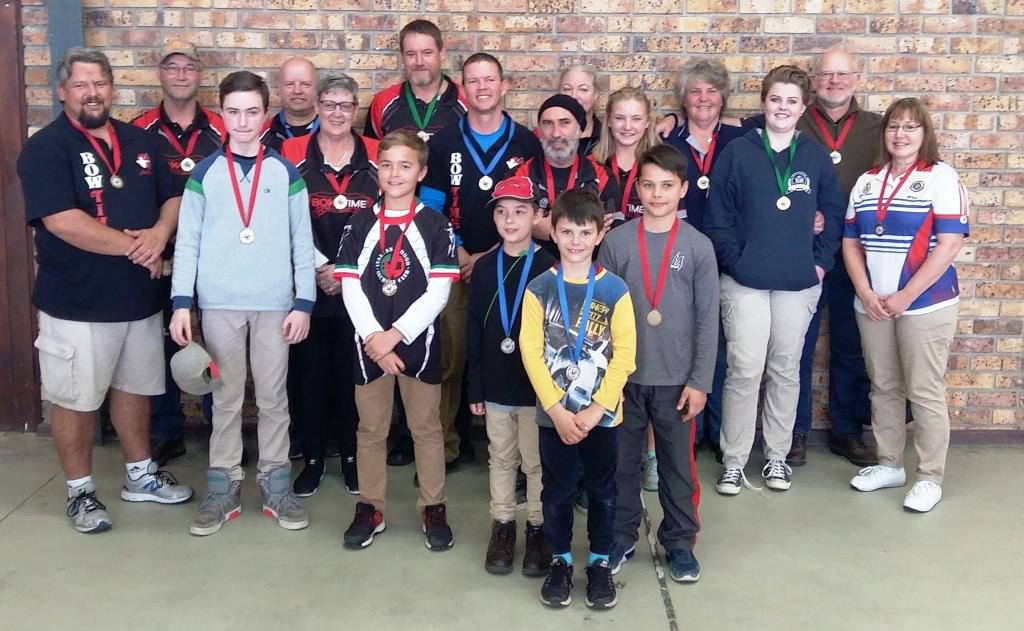 The Ladies Freestyle unlimited as well as the Male Freestyle groups were strongly contested with four ladies and seven men competing in these categories. Estelle Jacobs as expected took the ladies honours with Luther de Koker showing the freestyle men how it should be done.
The top three men all shot full scores of 300 but the x count was still not as well as they had hoped.
With Phillip and Gerhard now both shooting as Veterans they challenged each other with Phillip de Lange winning by three points.
We were also fortunate in seeing some local records broken, with the Junior Steven Beavers setting a new Junior men Bowhunter Unlimited record, Juane setting the new Junior female Unlimited record, Sharon Swanepoel with a Veteran female Bowhunter record and Dylan Herselman upping the Cubs Recurve record with one point.
Well done to all record setters and all the medal winners. We hope to see you again the Provincial Indoor championship on 8th October.