When I arrived at the Protea hall, a number of very keen archers were already waiting for me. Most faces we had seen before but also some new participants at an IFAA Indoor round. 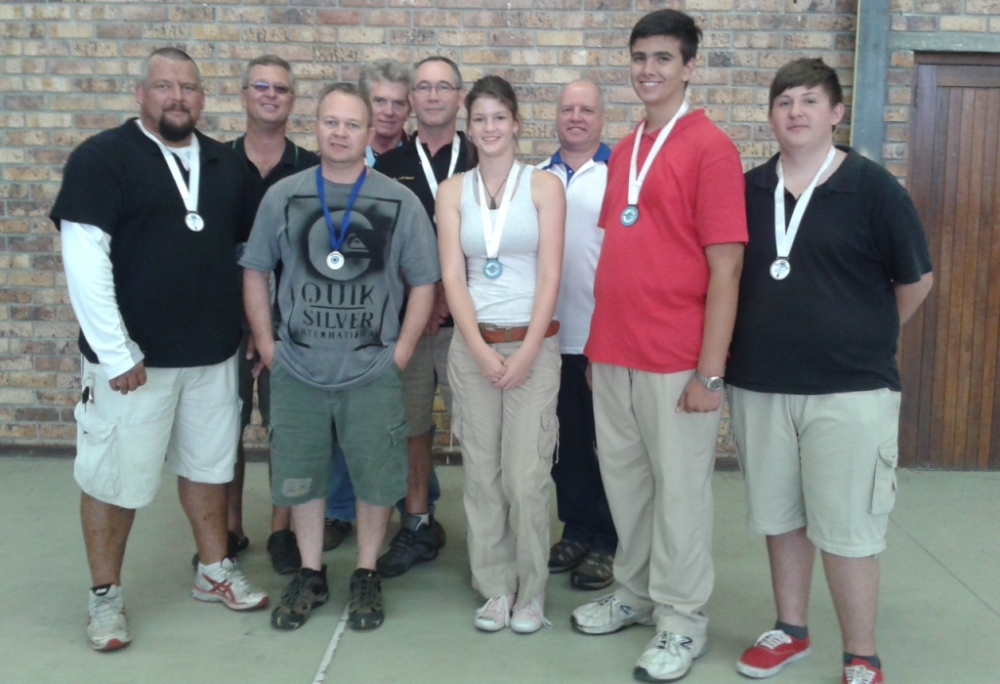 The day before, Stephan had urgently contacted me to remind me of the lights situation and confirm if we still planed to go ahead. For those who don’t know, or could not attend the event; the Protea hall had been broken into, and with few things worth stealing, the burglars decided it would be profitable to steal the spot lights facing the butts.  During the warm-up session, it was clear that the hall lights would be adequate, and so we proceeded with the event.

In spite of fairly limited numbers, the competitors were eager and serious about getting good scores. The event was the last in the 2014/2015 Ifaa Indoor event cycle towards colours recognition and a couple of archers needed to get their last qualifying score.

As it turned out, a few ‘ oopsie’s ‘  deprived some of the candidates from reaching their goals. There were however no fewer than four new junior archers present and it was lovely to have two recurve ladies shooting as well. Junior archer, Yolandi van der Vyver, also managed to set a new WC IFAA Indoor record.

We hope to see you all again at the next IFAA Indoor event.