On 12 June 2016 it was time for the annual winter champs and it was hosted by Thali Thali Game Lodge just outside Langebaan.  Traditionally the Hunter Round is shot over 28 targets and this year was no exception.  To beat the wind it was moved earlier than the previous year.  However  Murphy decided that he will move the wind earlier as well so we had a nice windless first half and the second half was really tough as you can see by the lower than average scores posted. 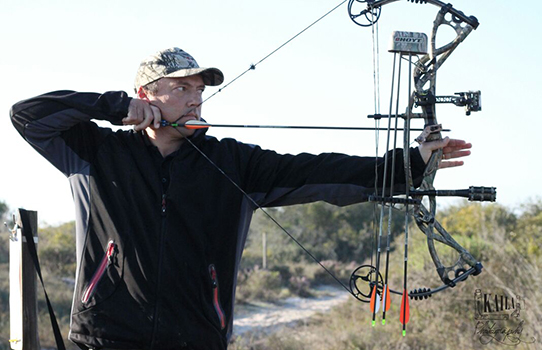 Gunther Kramer was in the middle of his preparation for the European Bowhunter Championships so he was on fire and did not feel the wind.  Phillip de Lange and Niekie Kock also stood out in their respective classes and walked away with the honours.

We also had 5 brave visitors who tried their hand at this format and they all had a great time.

Afterwards we had a nice light lunch at the on-site restaurant with the usual beer or four to make us forget about the difficult day at the office.